A Moment With Owen: Behind The Songs

Behind The Songs: Concrete Zoo 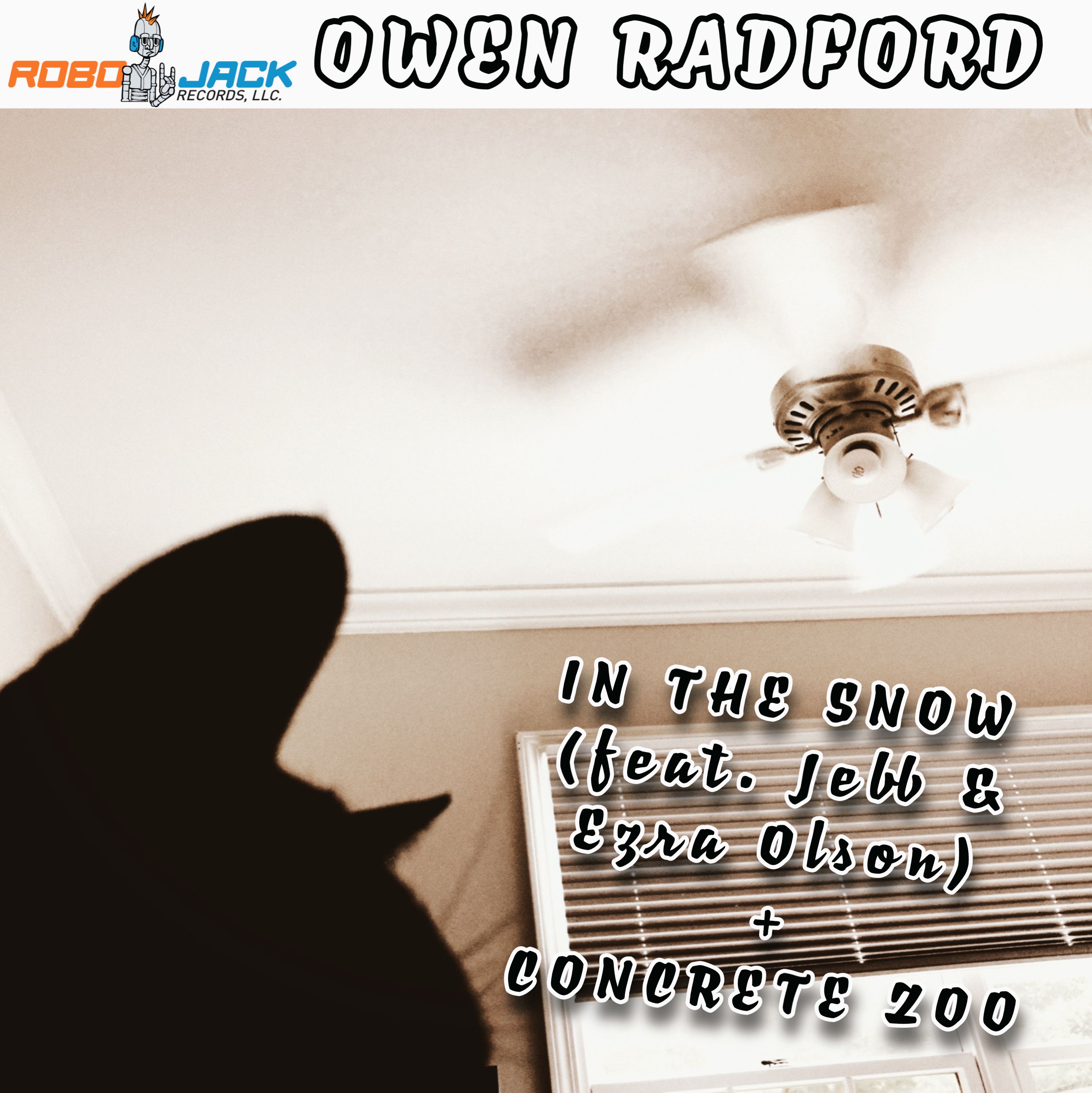 Concrete Zoo is being released almost 4 years after I initially started writing it, and over two years after it was recorded. The song began life in summer 2018, where I was inspired by a lot of stuff I saw happening in the news and around my own hometown to write a story song, pretty much the first one I ever wrote to be a full-on narrative story with characters.

I made the setting of the song a city not unlike my own (though also drawing inspiration from Cincinnati and Cleveland), and that was what gave the song its title of Concrete Zoo as well. Concrete is obviously something very prominent in cities, and not only is the busy and crowded nature of a city comparable to a zoo, but so are the struggles outlined in the song as well. I decided to have the song move between the perspectives of different characters, highlighting the various experiences that the inhabitants of this town has, almost like a cameraman moving around and capturing various moments throughout the city for a film he’s making (hence the song’s opening line “the film’s opening scene”). And this would all be broken up by the chorus, which would highlight the way they’re treated by those better off than them. The lyrics took a lot of fine tuning over the course of a year, and I constantly had to change the music too as I wanted it to be consistent with the narrative of the song. But by mid 2019, I had a song I was satisfied with; a huge 7+ epic tale with an anthemic chorus that some who’ve heard it have compared to Bob Dylan’s more epic, story-driven songs.

But with the song written, I had trouble getting it to fit with any of the projects I was working on around the time. It could have fit on my self titled album, but it was too long (and that album already had a 7+ minute epic), and it was too serious for Dr. Deceptive’s The New Age Propaganda Show. So I let it sit for a while. I also considered recording it for my next solo album Full Circle when I began the recording of that in January 2020, but I ultimately decided against including it there as well. Then finally, in April 2020, I was approached by a good friend of mine who asked if I wanted to contribute a song to a charity album he was putting together. I said yes, and figured it would be the perfect opportunity to release this song as it didn’t seem to fit on any album I had tried to put it on thus far.

So, the next day I sat down and recorded the whole song in one session. First came piano and vocals, then guitars. I had been listening to a lot of Ride and Teenage Fanclub at the time, so I decided to experiment with making the guitars noisy and shoegaze-y. I was also listening to a lot of Robbie Williams at the time too, and the guitar solo of the song may or may not steal the melody from the chorus of one his songs. Not saying which one, though.

The recording all worked out magnificently, and the was song was ready within just two days of my recording session. I sent it to my friend, he told me he loved it, and I waited for the charity album to be released. Months went by, and when I finally messaged him to ask about it, he said it had been cancelled. I was disappointed, but I understood his reasons, and I instead tried submitting the song to other charity albums but sadly it kept getting rejected by everyone that I sent it to because it was “too lo-fi”. So I just put it in the vaults, thinking I may release it on a future solo album or something. And then I proceeded to forget about it for two years.

Flash forward to November 2021. I had just written In The Snow and sent it to Jebb, and I was still deep in the emotional funk that had inspired that song. As an attempt to try and get myself out of it I decided to go back and listen to some of my old demos and unfinished songs to try and flesh out and finish some of them, and while doing that I came across Concrete Zoo again, and all the memories came flooding back. I decided to myself that because of this song’s powerful lyrics and the now great backstory it had, I was going to release it as a standalone single. Then, I decided to make In The Snow its b-side, but as work on that song progressed it became obvious it should no longer be a b-side, and that’s how I came to decide that both songs would be released together as a double a-side single. Soon after this Robo Jack Records was born, I was signed, and this double a-side became my debut release for the label. 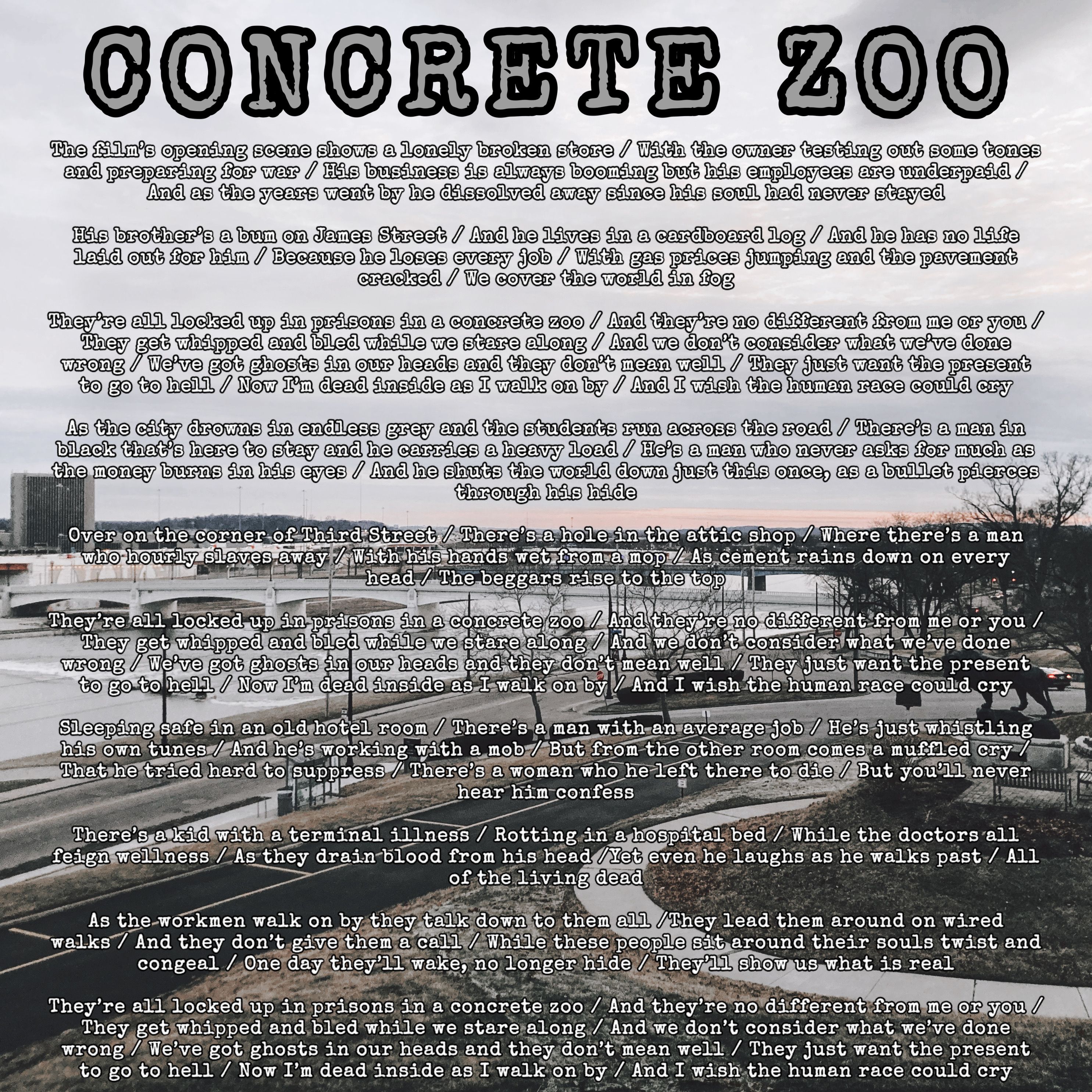 And that’s it! I can’t wait for you all to hear it, be sure to pre-order the single, which releases on May 26th!

Behind The Songs: In The Snow

In The Snow is a very personal song for me. As many of you may know I don’t tend to write that many personal songs, instead usually opting to write songs that tell stories with characters. But In The Snow is nothing of the sort, and is instead basically a diary entry set to music, which is echoed in the song’s opening line: “what’s my life like at this moment?”

It was written during late fall/early winter 2021, a period in my life where I was utterly miserable and completely unsure of what my future held. I was completely lost and confused about my education and felt like there was no one willing to help or guide me. I was completely lonely due to a close friend having just moved away, and I was completely insecure about my feelings for a woman in my life that I had no idea if she felt the same way or not. I was also just frustrated with the cold of winter and the holiday season in general. And all of this bleeds through into the song’s pessimistic, cynical and sarcastic lyrics, which despite their angsty approach still contain glimmers of hope (ones which thankfully came to fruition not much later after the song was written). Fun fact: the original title of the song was actually “I Will Never Write A Christmas Song, Fuck Off” but that felt a bit too pessimistic and also would probably cause people to pigeonhole it as a Christmas song, so I decided to change the name to the last line of the chorus instead.

When I wrote the song, I had no idea how I wanted it to sound, really. I had the basic chords and everything but in terms of musical arrangement, I was lost. But I felt a song this full of passion and this different from my usual writing style needed to be heard, and so I decided to ask my good friend Jebb to co-produce and perform on the song, something he very quickly agreed to. I sent him a hastily recorded demo (the same one featured as the b-side of the single), and told him to take as many liberties as he wanted and to change as much as he wanted about it. And that was something he did very well, with him quickly sending back a demo that sounded like a completely new song with him really leaving his own stamp on it (this demo is included as one of the Robo Jack Records-exclusive bonus tracks for the single). He had changed the song from the strange and faceless piano ballad I originally recorded it as, into an old-timey, almost jump blues-sounding number that reminded of Pokey LaFarge (an artist who was a big influence on my previous single Harriet Swings It). It was a perfect fit for the song, and we were soon on our way to move forward.

My hope was the song would be finished in time to release around Christmas, but that proved to be too hasty of me, and it soon sunk into development hell as work on the song progressed very slowly. But, finally, around February 2022, Jebb was able to record guitars and bass and later on he got Ezra Olson of The Sane Riot to play drums on it, after experiments with programmed drums didn’t quite work out due to the song’s swinging rhythm. Jebb then made some attempts to re-record his guitar and bass parts, but we ultimately ended up sticking with his original recordings since we liked those best. And after that, the song really started to come together in late March/early April, with me recording my keyboards and vocals around that time and finally Jebb putting some mandolin on it to finish it off. And with that the song was finished! Recording it was a truly wonderful experience despite it taking so long, and I’m more than happy that you all will finally get to hear this wonderful song, which I can say wholeheartedly is one of the best things I’ve ever recorded. The song is also going to be released on an upcoming Robo Jack Records compilation called “Coffee Shop Jams” as well, in addition to being a part of this standalone single. 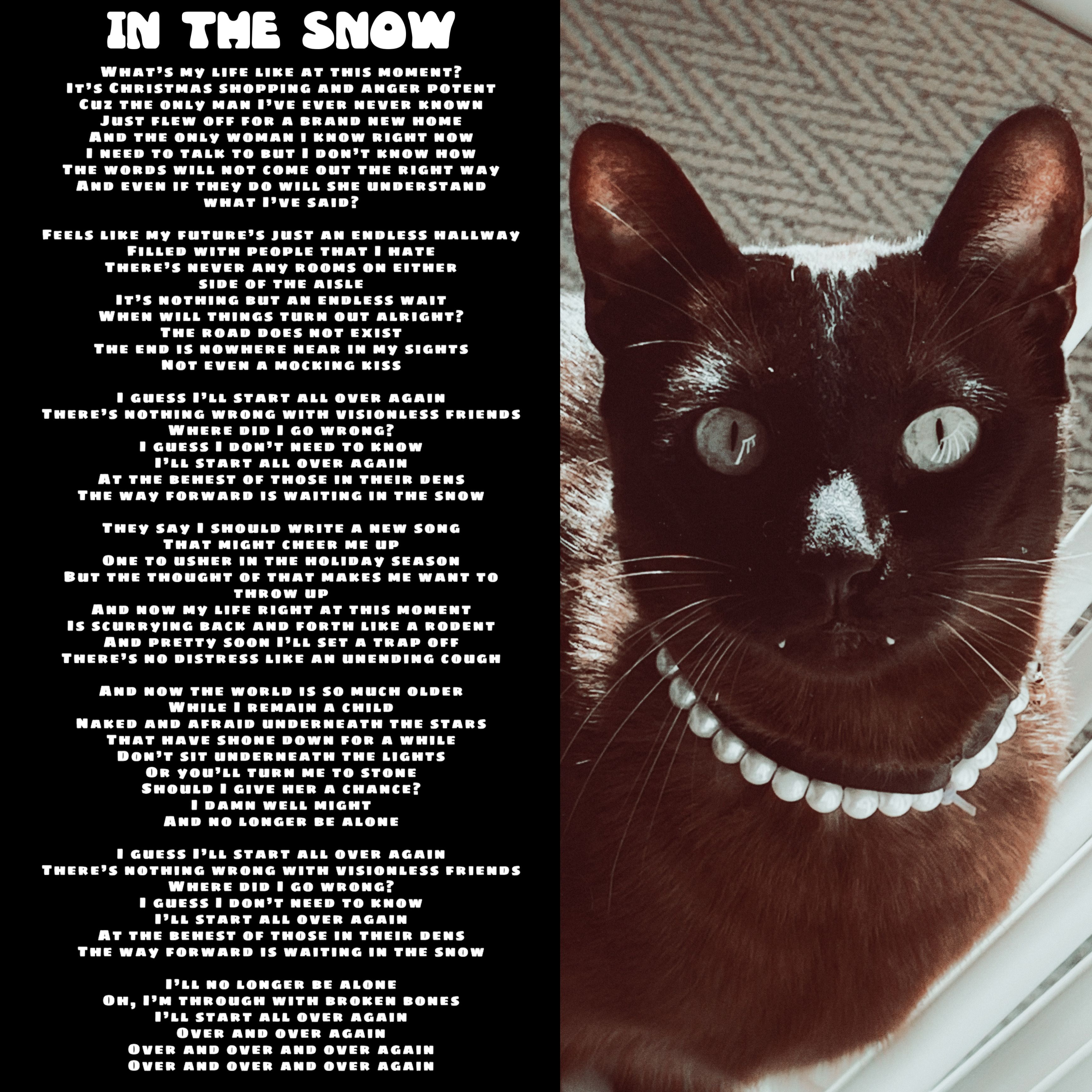 Tune in tomorrow to read about the story behind Concrete Zoo, the other A-side of this single. And don’t forget to pre-order the single either, it releases on May 26th!